A couple of days ago I wrote a post on Facebook. It wasn’t against the French flag Facebook launched, thought it may have seemed that way. It was about the tragedy of ascribing different value to people, based on their geographies, culture and religion. My main point was that we mourn, care, act and react selectively, based on what we feel closest to us. Not based on a principled appreciation of human life. Which is reasonable, but we should maybe think about it more. This was not judgement. It was just highlighting a fact, based on my own opinion. Raising awareness of the reality that this is how our system works, and that this is how we are drawn to act and behave. I had no intention to downplay the Paris tragedy. Nor did I suggest that one life matters more than others, or that one tragedy deserves more attention than others. Quite the contrary. I’m as devastated as anyone who watched these events unfolding from afar. And I definitely do not see that post as any kind of “activism” – in the age of Facebook, this word has lost its meaning. It was just the expression of an opinion. END_OF_DOCUMENT_TOKEN_TO_BE_REPLACED 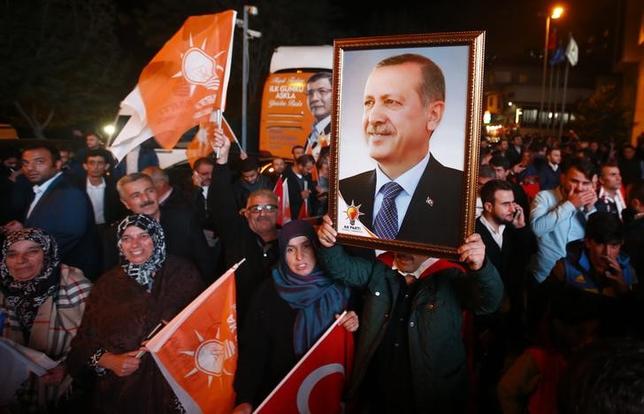 The following is a review of my PhD thesis, written by Dr. George Kyris (University of Birmingham) for Dissertation Reviews:

A review of Turkish Foreign Policy towards the Middle East under the AKP (2002-2013): A Neoclassical Realist Account, by Zenonas Tziarras.

This thesis seeks to explain Turkish foreign policy towards the Middle East under the AKP (Justice and Development Party) government. Drawing on neoclassical realism debates and focusing on foreign policy towards Syria and Israel during the period from 2002 to 2013, the author seeks to offer a “comprehensive and systematically integrated approach which analyses drivers, causal chains and foreign policy behavior.” END_OF_DOCUMENT_TOKEN_TO_BE_REPLACED

When the international anti-ISIS (Islamic State of Iraq and al-Sham) coalition was formed back in September 2014, Turkey was thought to be a pivotal participant. However, the international initiative divided Turkey’s political scene which appeared reluctant to follow in the footsteps of its traditional ally, the United States (US). Even after October 2, 2014, when the Turkish parliament voted on a motion that would authorize the government to conduct operations in Syria and Iraq as well as provide Turkish soil and military bases for allied operations, Ankara kept resisting any kind of meaningful military engagement of ISIS. Not only that, but it seemed to be turning a blind eye on foreign fighters crossing into Syria through its borders. END_OF_DOCUMENT_TOKEN_TO_BE_REPLACED

Below you may find brief comments on Turkey’s elections that I provided to a Turkish news agency in the form of an interview after their own request; the answers were accepted for publication but then censored and eventually not published. Simply because they describe President Erdogan’s policies as authoritarian. The same thing happened to me last year, from a different Turkish news agency, with regard to Turkey’s policy vis-a-vis the so-called “Islamic State” in Iraq and the crisis with the Turkish hostages. END_OF_DOCUMENT_TOKEN_TO_BE_REPLACED