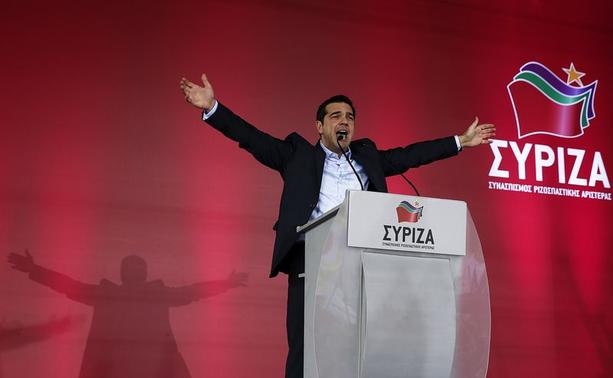 Much has been said and written about the foreign policy that will be followed by the newly-elected coalition government in Greece that consists of majority Syriza (Coalition of the Radical Left) and minority center-to-right wing ANEL (Independent Greeks). Much of the fear-mongering and gloom analysis stems from assumptions that Syriza and many of its members (such as new Foreign Minister Dr. Nikos Kotzias) are anti-European, leftist nationalists and pro-Russian. A short evaluation will show that although we might witness some foreign policy alterations due to the rise of Syriza, they will neither be to an “axis-shift” extent nor, for example, akin to the change that we’ve witnessed in Turkey under the Justice and Development Party (AKP).

To begin with the new Foreign Minister, Nikos Kotzias, he was a rather expected choice since he has been perhaps the most experienced person on foreign affairs within Syriza. As a career diplomat, he has nearly 20 years of experience in the Greek Foreign Ministry and also a successful academic career of international standards. He has been accused of Stalinist, leftist nationalism and other such inclinations mainly based on statements he made and things he wrote years ago. Yet, if one observes his most recent appearances and interviews they will see a leftist politician on the one hand, but one with a balanced approach to foreign policy. Kotzias would like to see Greece becoming a state with a mediating role in the region even as he would like to see his country’s image being upgraded internationally. This is a very rational and pragmatist vision and one that he serves with caution thus far.

To this, and to Syriza’s overall measured foreign policy approach, testifies its recent consent for new European Union (EU) sanctions on Russia, despite its initially opposing rhetoric. As such, Syriza may not completely collide with EU anti-Russian policies or sanctions, but it will make the EU’s job on this issues more difficult. It is almost certain that the Europeans won’t like it, as we’ve already seen, but in all truth it is only logical for Greece to adopt a stance that secures its interests. This does not entail ignoring the EU, but rather striking a balance. At the same time, such an approach that would seek better relations between Greece and Russia could also prove valuable for the EU as Syriza could end up having a mediating role on a variety of Russia-EU problems and especially Ukraine. That could also enable Syriza to use its relations with Russia as a bargaining chip in its negotiations with the EU and its lenders as Ukraine is a burning issue of international proportions.

On other fronts, such as Turkey, it is expected that Greek-Turkish relations will not undergo any significant change, unless Turkey exploits the Greece-EU friction by taking the side of the EU against Greece on a number of issues, such as the negotiations for the austerity memorandum. The relationship could also be challenged from further Turkish movements in Cyprus and the Aegean Sea, especially given Syriza’s proclaimed solidarity with the Republic of Cyprus. However, as with the previous government, economic and diplomatic relations will remain largely unaffected despite possible political tensions. Similarly, Greece’s relations with Israel and Cyprus, despite anti-Israeli attitudes in both the coalition parties, will not be challenged as it occurs from statements from Greek officials such as the new Defense Minister and ANEL leader, Panos Kammenos.

Overall the Syriza government seems to be keeping two central directions in the country’s foreign policy that point to the fact that a fundamental sea change is not imminent. First, though a self-proclaimed radical left party and despite its confrontational style, Syriza has not thus far flirted with an exit from the Eurozone or the EU as, for example, a Communist party would be expected to do – e.g. the Greek Communist Party. On the contrary, they expressed multiple times their commitment to both the Euro and the EU. Second, they have not yet challenged their participation in NATO as one would expect based on their pre-election rhetoric and stance. Having said that, the new Greek government seems more willing to play hardball within the EU and beyond as well as be more assertive when it comes to the country’s survival and national interests.

The article was first published on Strategic Outlook